I;m interested into fusion between sentinel1 and sentinel2.
I have gone over your post in your blog and also the documentation .

I have also tried to write one by myself

But then I got the error: 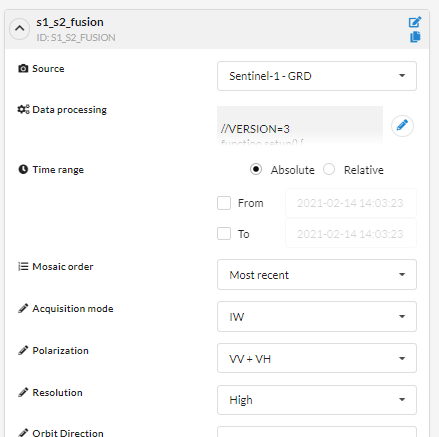 as the costum script doesn’t work for me as well, i’m a bit worried and believe I miss something in the way I do it. Is there a way to define in the configuration utility that I want to use two different sources? what is my mistake in my costum script?

Data fusion only works through processAPI. These advanced features go beyond what OGC standard was designed for and are not supported by our OGC APIs, therefore also Configuration utility does not support it.
That said, it is easy to trigger processAPI call from Python, even if you do not use sh-py for this purpose.