Get large area as one image

To deal with large areas such as the one you are specifying, there are several solutions. Sentinel Hub developed a suite of tools called Large area utilities to request data over larger areas using the Sentinel Hub Python package. For more efficient, cheaper processing you could also take a look at Sentinel Hub’s Batch API, that can be called in a “classic way” or using the Requests Builder.

In this post I will use the Large area utilities to guide you. I would use the tool to split your area into smaller sub-zones, download the files and merge them together. Since we need to merge the files together, you would have to download the data as Geotiffs.

I tested it for a single date over your area of interest: 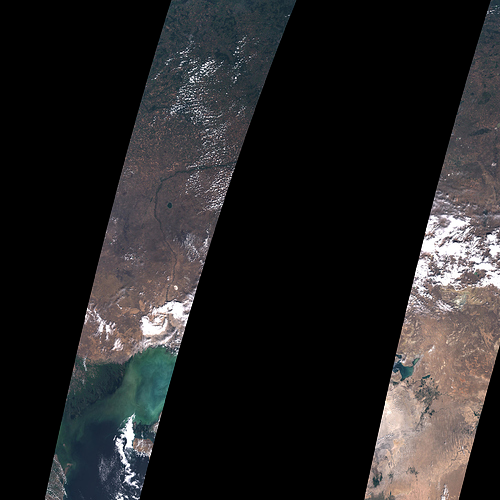 Thanks!!!
Sure I understand your solution and I did this way.
But want way as leaflet in js. Large areas like this in leaflet fit with fitbounds methods and download easly.