We need to access the orthorectified/surface reflectance processing level. In addition, we want to avoid any tasks that may lead to data resampling, aside from atmospheric correction and orthorectification. Therefore, if possible, we would like to access data in the same structure of tilling and resolutions as their original data source (Landsat8-USGS & Copernicus .

· We would like to access all the scenes within the predetermined time range, except those with 100% cloud coverage

We are suggesting the AOI based on the original data source tilling, to avoid pixel resampling due mosaicking and/or cropping.

Does it make sense? If possible, to subset the scene without significant resampling we would like to use Sentinel2 tile 23KKG as AIO for Landsat 8 as well.

The Sentinel-2 and LandSat-8 grids are rather different. As can be seen from the image below: 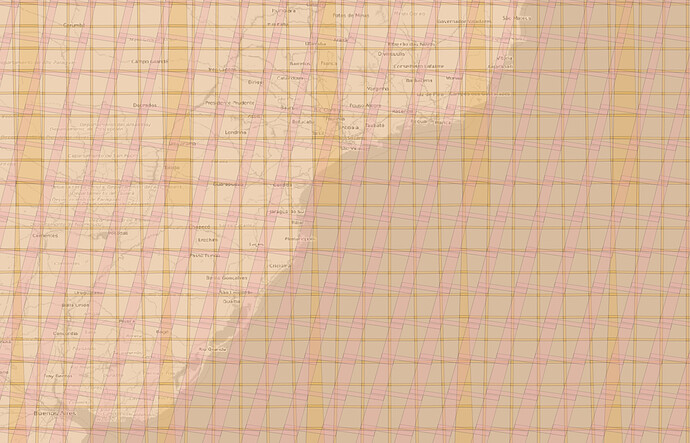 image2032×1306 603 KB
The pink (L-8 grid) deals with overlaps and different UTM zones differently than yellow-ish (S-2 grid), where overlap between tiles within one UTM zone are small, but then the zones itself overlap.

image1674×888 229 KB
The blue (S-2) tile is in fact from different UTM zone than the LandSat one. But there is quite an overlap with 22KHV tile (red), so to reduce the re-projection issues, it is preferable to use 22KHV (although the data on the zone overlaps is the same!) 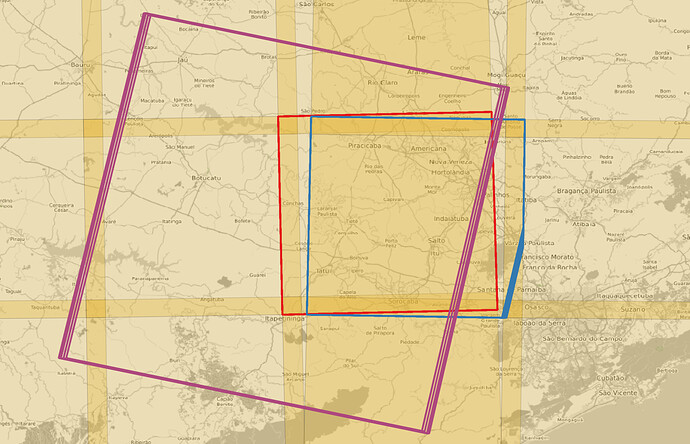 With CatalogAPI the concrete numbers can be seen from proj:bbox attribute in the STAC item:

This can become a problem when trying to use one grid for both, but luckily, all bbox-es seem to be rounded to nice numbers (multiple of 10 for Sentinel-2 everywhere, not sure for LandSat, but in your case, it is rounded to multiples of 100).

So in your case, I’d start with tile 22KHV and use its bounding box as an AOI. If you want to completely avoid resampling, then you should

In most cases, though, some (small) re-projection is not a problem. In such cases perhaps using nearest neighbours interpolation is beneficial, as it doesn’t really do resampling of data. For instance, if using Batch, we (EO research team) mostly use 10 or 20 km grid based on Sentinel-2 UTM zones (grids with id 0 or 1). The fact that they are based on UTM zones would help even in case of LandSat-8 data, as for majority of tiles, the L-8 data would not have to be re-projected. At bands’ original resolutions we use nearest neighbours (default) interpolation.

I understand the answer is somewhat lacking in “instructions”, but it really depends on your use-case. Please don’t hesitate to ask any follow-up questions. Also, apologies for a really late reply.